This lesson type can be useful for many different subjects and topics: e.g. biology (for example human / growing up, nature / animals / certain animal) or geography (continents, particular country). In my case, I had an extra lesson to give, and therefore I let the students to decide, what would they like to know more about. They chose corona virus, no surprise.

This lesson was held before the schools were closed in Finland. Pupils were curious about corona virus, and everybody had heard a lot of different kind of information and rumours, so it was a good topic for the lesson. This lesson was planned by using LessonApp and it was carried out for sixth graders (12 years old) in March 2020.

Warm up: Everyone with something…

This is a method for grouping in the LessonApp and we used it´s variation. I told students to form groups of 2 persons by following the instructions. “Everyone in the group has to have something red”.  After everyone found a group, they had to make a new one group of three persons: everyone who has something else in common (little sister/brother or a pet). After that, we made again groups of three with the question: “Everyone with the same mobile phone?” Then groups of four by asking the colors of their socks. And again, with hair colors. If somebody didn´t find a suitable group, he/she just joined one. I made new groups 5 different times and eventually students were mixed more than just with their best friends. Then I asked them to sit down with their groups (number of persons in each group was four).

Every group sat down. They had a large piece of paper and everyone had a marker.

I asked, what would be the topic the students would like to know more about. It was early March in 2020, so of course everyone wanted to discuss about the corona virus.

I had my own piece of paper on chalkboard and started to ask subtitles from students. The students started to suggest them: Symptoms? What is corona? How to prevent it? What are the consequences, for humans / for economy?

My role was to guide gathering the subtitles and decide, if the subtitle was too close to some other subtitle that was already there.  Finally, we had 8 subtitles, which was a bit too much, less (6?) would be better. Students wrote the same subtitles I had on the chalkboard in their big papers (every group had one). Then everyone started to gather information they already had: what do we know about this subtitle? Have we ever heard anything? Can we guess something? If there were guesses or rumours, they marked it with a question mark.

This is a variation of a workstation method, called a treasure hunt. Every group had their knowledge and guesses on their tables, and everyone had the same topic and the same subtitles. Now they decided, which one of them was going to hunt more information for subtitles 1 and 2, which one for 3 and 4 etc. Everyone stood up and went to read other groups’ papers, hunting new information for the subtitles they had just agreed. If they found new information, they “stole” it and added it in their own paper. Soon every paper had the same information.

Finally students went back to their own papers and started to discuss about their findings. What new information did they get? When the new treasures had been discussed, students started to check the guesses. Is this a fact or just a rumour? Students used their own mobile phones or class computer to check the facts. I had to help only with few guesses, and only about one guess we never found out, if it was a fact or fake information.

This is a discussion lesson, where the students guide themselves and the discussions. Nevertheless it is good to have a closure together. It could be as simple as we did:

Every group told one thing that they knew themselves beforehand, one thing they “stole” from the others and one guess they checked to be a fact or as fake information.

This kind of lessons teach pupils not only new information about a topic they are interested in, but also information processing skills, critical thinking, media literacy, collaboration and social skills. Time well spent! 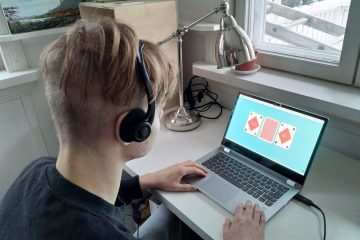 I quickly decided that I would try to apply the same principles I regularly use in my classroom teaching. I’m a high school math teacher (in Finland high school is called general upper secondary Read more… 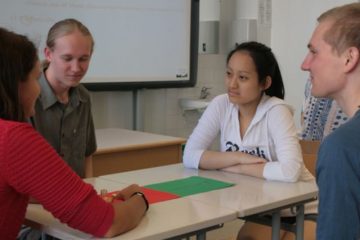 17th and 18th lessons for 2020: Using phenomenon-based learning in biology 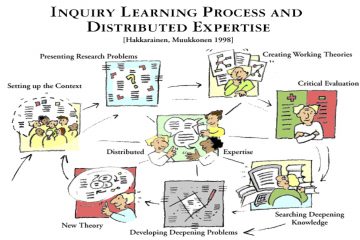 15th and 16th lessons for 2020: Using phenomenon-based learning in biology

This website uses cookies to improve your experience while you navigate through the website. Out of these cookies, the cookies that are categorized as necessary are stored on your browser as they are essential for the working of basic functionalities of the website. We also use third-party cookies that help us analyze and understand how you use this website. These cookies will be stored in your browser only with your consent. You also have the option to opt-out of these cookies. But opting out of some of these cookies may have an effect on your browsing experience.
Necessary Always Enabled
Necessary cookies are absolutely essential for the website to function properly. This category only includes cookies that ensures basic functionalities and security features of the website. These cookies do not store any personal information.
Non-necessary
Any cookies that may not be particularly necessary for the website to function and is used specifically to collect user personal data via analytics, ads, other embedded contents are termed as non-necessary cookies. It is mandatory to procure user consent prior to running these cookies on your website.
SAVE & ACCEPT